A true passion for motorcycles

Having reached the age of 22, in 1983, a year after I was released from the army service, I made my way to get a motorcycle license. There was not any doubt, or hesitation. An intrinsic strong need to ride motorcycle was there. An internal burning occurred inside my entrails, demanding me to release the flame. So, I just went and got a motorcycle license.

I'm not any offspring of bikers (even though a picture of my father's Messerschmitt from my early childhood, is saved with me). 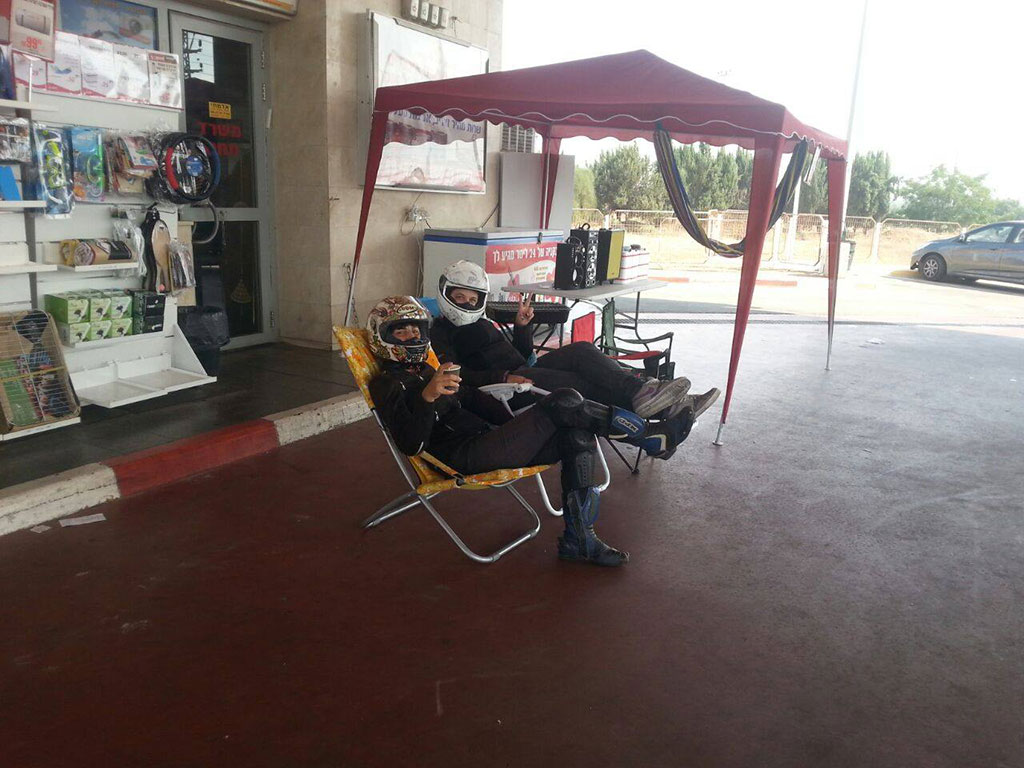 My grandmother passed away During my first life, and at the same time the Messerschmitt was sold. Here's ended any family romance with two wheels.

It was not easy in 1983 to spend a motorcycle license despite the fact of being a woman. The men engaged in providing license and ride examiners looked at me angrily for I had intruded into their world. Like I trespassed an acceptable to all, whereby the women were not allowed to cross.

Much to the chagrin I was determined and I refused to give up. Eventually, I got a motorcycle license to ride an unlimited volume.

The first two-wheeled I bought was a 1968 model Vespa. It was a reliable and breezy vehicle that served me faithfully for over 6 years. With it, In fact, I experienced all kind of slides. 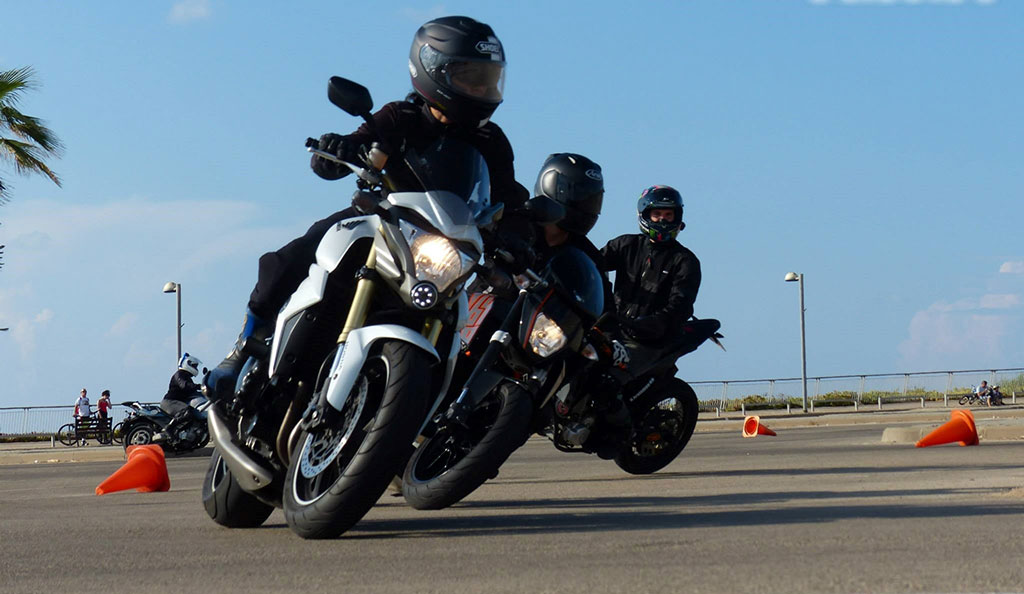 By that time, I met the man I married. He owned a Montesa trials bike, with whom we have made incredible trips at harsh rocky areas.

I always knew that I was about to go to buy a heavy motorcycle but did not have the budget to really make this happen (Israel taxation on heavy motorcycles is high in particular). Whenever, the budget needs were addressed before the motorcycle on a scale priorities: washing machine, dryer, child education, apartment etc.

In the eighties, it was rare to see a woman on a motorcycle in Israel. Motorcycling World belonged to men. Although there were some women riders on heavy vehicles but they actually were few.

My husband and I always had a scooter which I used for years. Occasionally there were accidents, but they never discouraged me, and always waited expectantly to go back and ride it. We lived in Tel Aviv, which is a busy city with crowded streets, so the scooter constituted an advantage. 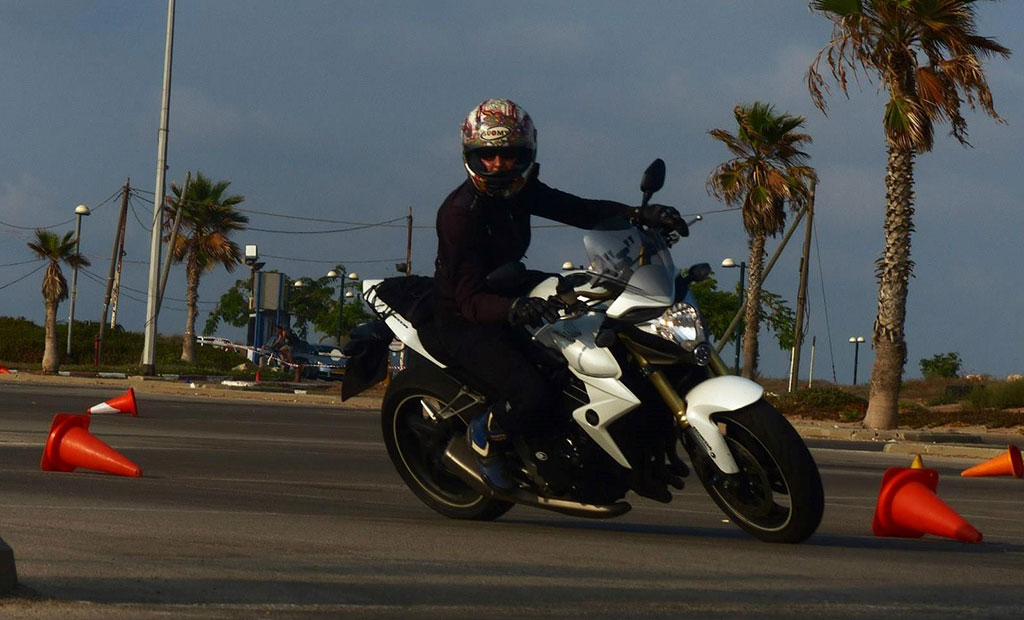 Eventually, In the year 2007 my husband and I got divorced. For me it was the time to make my dream come true. Two years afterwards, I bought my first bike: a Honda Hornet CB600 2004. With my new motorcycle I joined an Israeli riders club and traveled the country with them. I was under senses tailspin.

In that club, there were some women except me. Most were a pillion trip partners but very few were riders. I met there one woman who rode a big scooter, and another woman, aged 60, that claimed to be the first Harley Davidson rider in Israel.

At one point, I found myself knowing a respectable number of women-riders, so one day in 2012, I organized a trip for women-riders: Women ride to explore the roads of Israel.

And so, it was. Some of the few women I knew, that joined that trip, invited their friends, which I didn't know earlier. That trip was attended by 10 women. 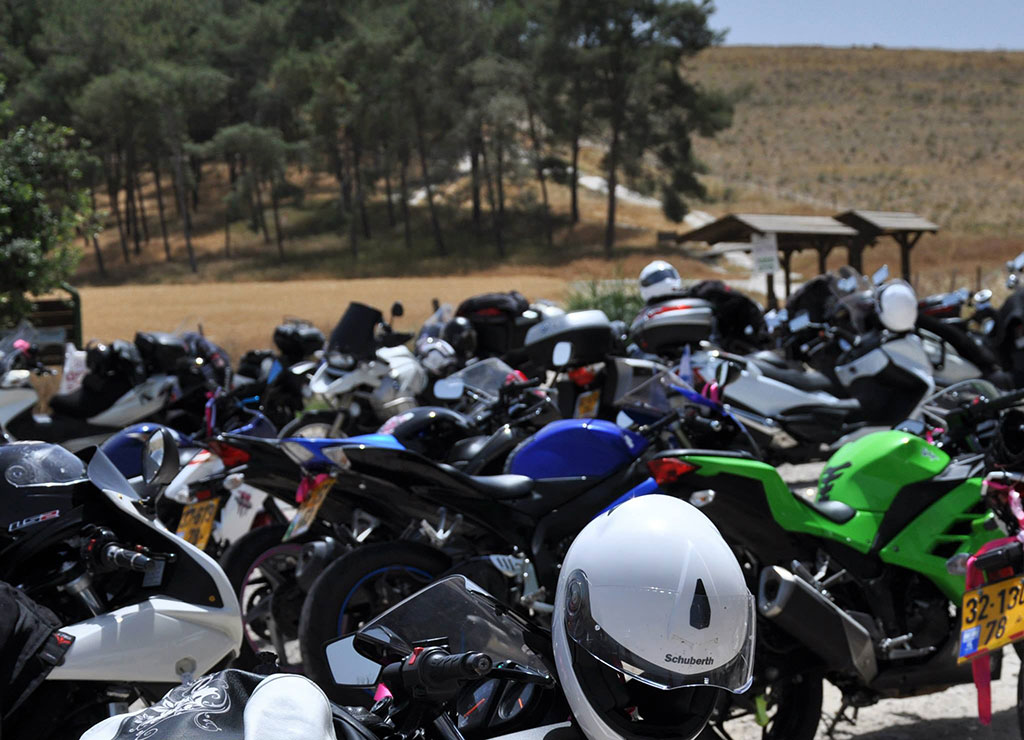 Today, in 2016, I know so many women- riders. Most of them are very young ladies. The number of women riding in Israel has grown so much so I don't even know most of them, and I sometimes have trouble with remembering the names of those many who I do know. 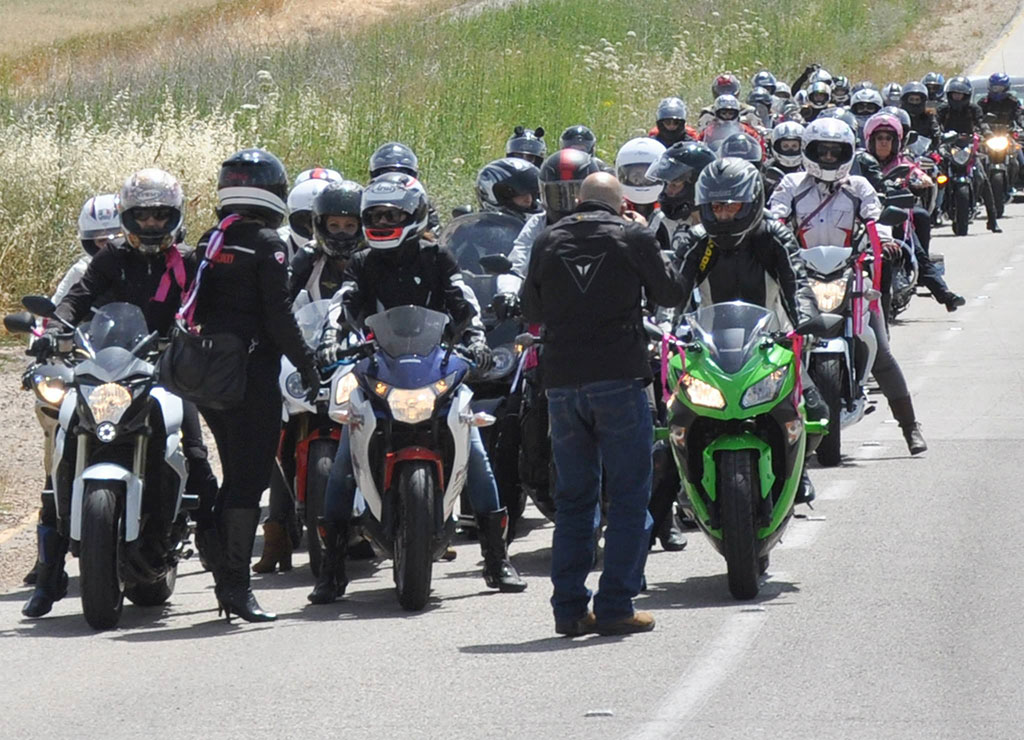 Today I prefer the street-fighters kind of motorcycles. I ride with small groups of men and women. As I see it, there is something that distinguishes women riders from men. Women are riding together, Beyond ego, without the need to show: "I'm a better rider." Women, in most cases, will take all steps to accomplish an adulthood riding. Riding with a woman, means ride together, in brotherhood.