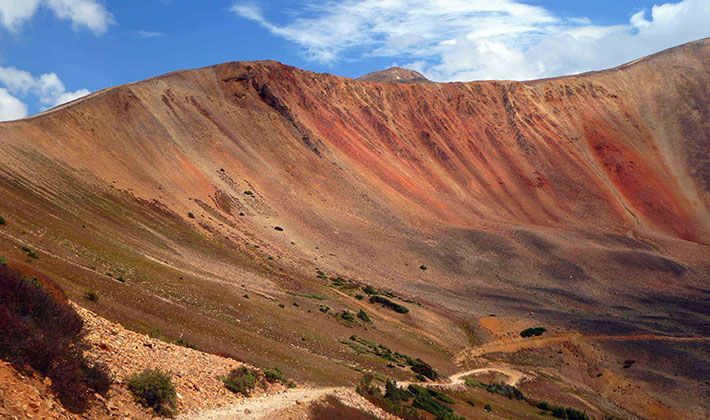 Webster Pass is a mountain pass that crosses the Continental Divide in the Front Range of the Rocky Mountains of Colorado in the United States. 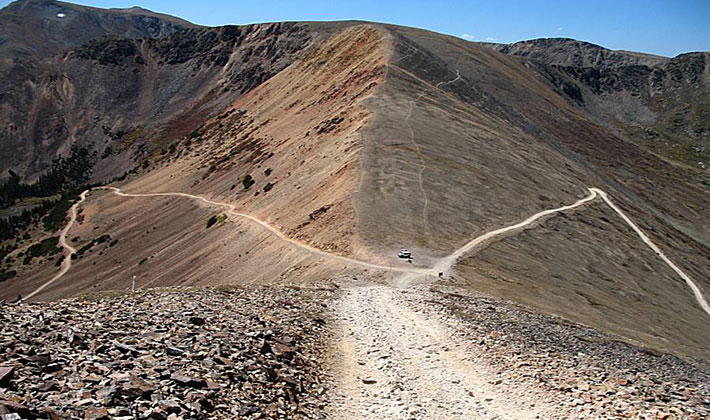 Webster Pass was used by the Native Americans before prospectors discovered the pass in the 1860's. Originally known as Handcart Pass due to the miners who used handcarts to haul their outfits up the steep slope. The miners were unable to find gold in paying quantities so the valley was abandoned. The name changed in 1878 after the Webster brothers, working for the Montezuma Silver Mining Company, constructed a toll road from Montezuma, CO to the Grant and Bailey, CO area. Webster Pass became the main route for hauling freight into, and minerals out of, the Snake River mining district. By the 1890's a railroad route was surveyed for the Denver & Rio Grande Railroad but it was never pursued.

Webster Pass, elevation at 3,689 m, is a mountain pass that crosses the Continental Divide in the Front Range of the Rocky Mountains of Colorado in the United States. From the north side Webster Pass is a short ascent to the top of the pass by three switchbacks. The 4WD road is not too challenging, it will be navigating the switchbacks as you climb to the pass. There is a large parking area at the top with sweeping views of South Park ahead and the mountains of Summit County behind as you sit on the Continental Divide. Once you get down to timberline at the head of Handcart Gulch the road will follow the creek down to County Road 60. There may be muddy sections if it is early in the season, with one being quite deep. Just before connecting with the county road you will pass the Crow Cabin in a small meadow. 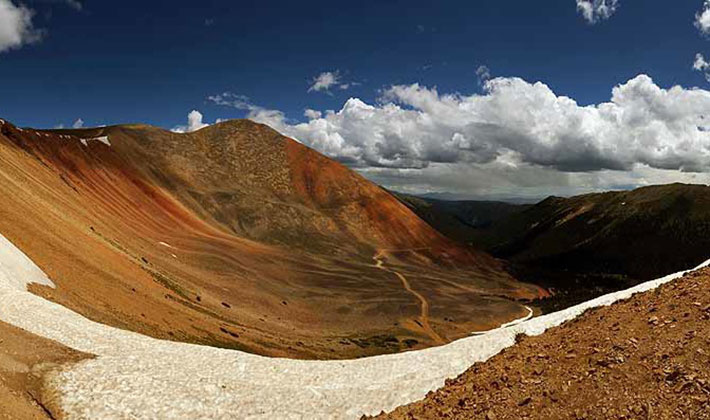