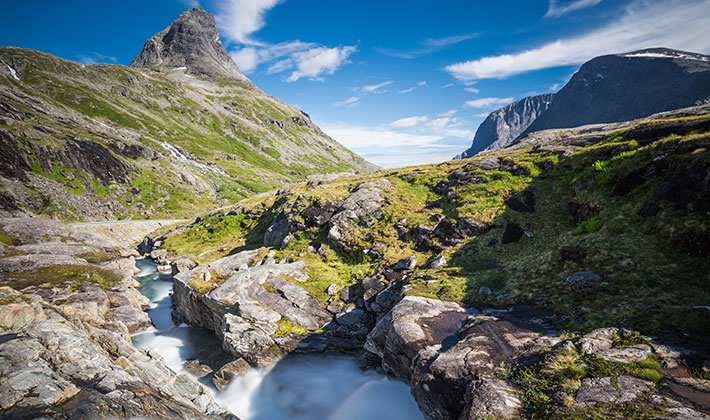 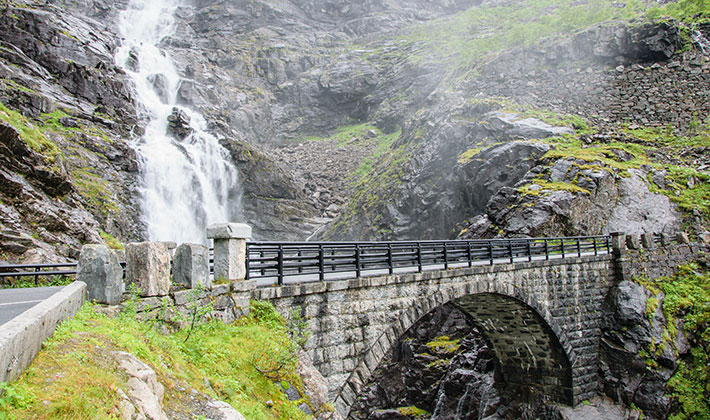 Trollstiegen is a serpentine mountain road in Rauma Municipality, Møre og Romsdal county, Norway. It links the town of Åndalsnes in Rauma and the village of Valldal in Norddal Municipality.

Trollstigen was opened on 31 July 1936, by King Haakon VII after eight years of construction. A major tourist facility including a museum was completed in 2012. Several viewing platforms have been constructed and older constructions improved upon. Trollstigen was officially opened as a national tourist route by the Minister of Transport and Communications on 16 June 2012.Trollstigen itself (and the alpine summits to the west) lies within the Trollstigen landscape protection area, while the alpine area east of Trollstigen, notably Trolltindene range, is part of Reinheimen National Park. In the summer of 2005, the road was repaired and about NOK 16 million was spent on protection against rock fall, making the road safer to drive on. 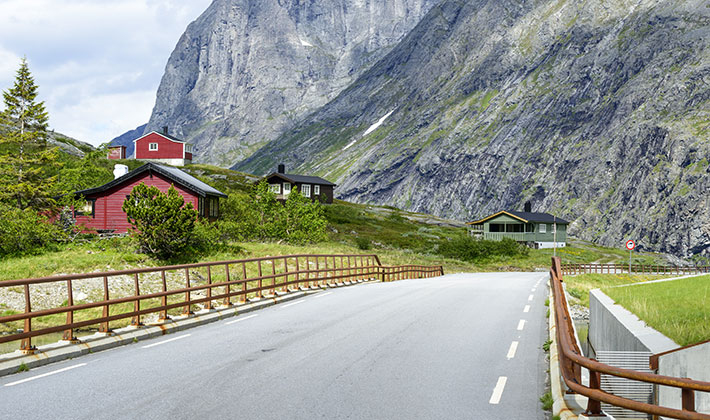 Trollstigen is a serpentine mountain road in Rauma Municipality, Møre og Romsdal county, Norway. It is part of Norwegian County Road 63 that connects the town of Åndalsnes in Rauma and the village of Valldal in Norddal Municipality. It is a popular tourist attraction due to its steep incline of 10% and eleven hairpins bends up a steep mountainside. The eleven magnificent hairpin turns of Trollstigen offer numerous highlights of fantastic scenery along the mountain road. Each bend has its own name, often named after the person who supervised the construction work on that particular section. At some locations you will discover that the road is carved into the mountain itself and in other places built in stone. Surrounded by powerful mountains, the highest summit above the mountain road is 1600 metres above sea level. 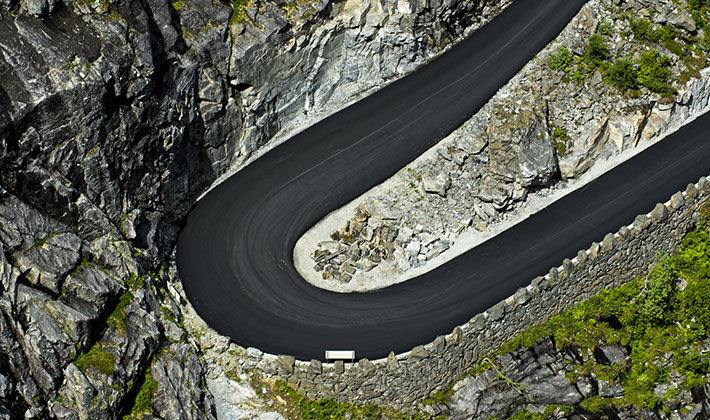 There is a restored hiking path to climb for those who wish to experience Trollstigen by foot. Trollstigen is part of the National Tourist Route Trollstigen – Geiranger, a two-hour drive with spectacular views and sights that runs all the way from Trollstigen to the bottom of the famous Geirangerfjorden. The water table is a tourist attraction of its own and the new impressive viewing platform is shaped like a garland in the terrain. Ever since the very beginning of tourism in Norway, Geiranger and Trollstigen have been visited by tourists from all over the world. Trollstigen has been attracting tourists since the road opened in 1936. Thanks to the skillful engineers and road workers of that era, it is possible today to go road tripping up the steep mountainsides from the foot of Trollstigen to Stigerøra. These courageous and brave workers also left their mark in Geiranger, where Ørnevegen (Eagle road), Geirangervegen (Geiranger road) and the road to Dalsnibba offer elevating drives to unique viewpoints. 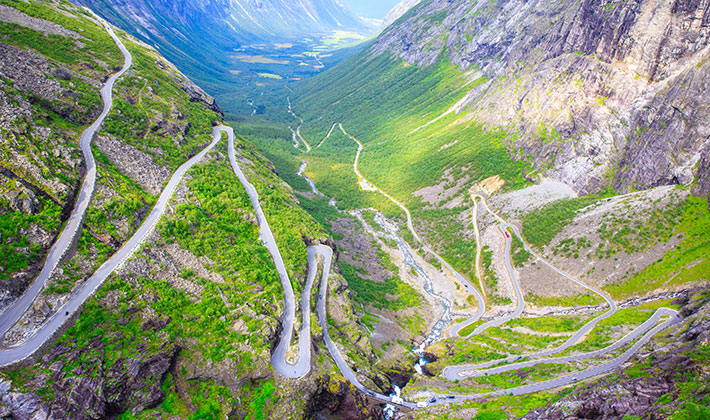