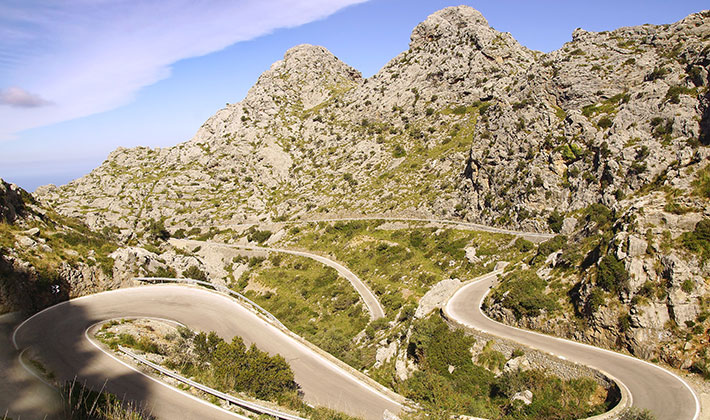 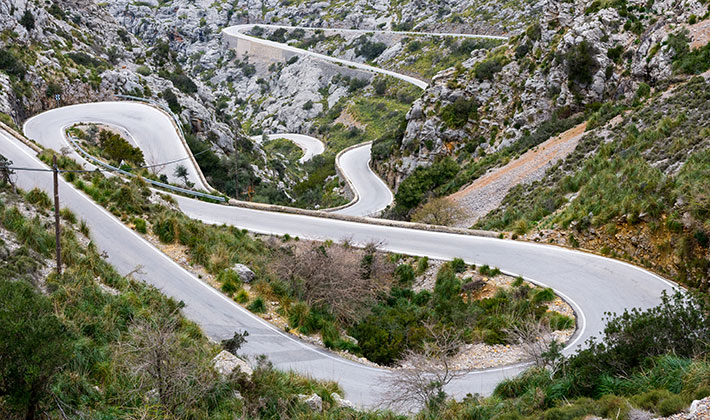 It is located on the Majorca island, Spain.

The road, designed by the Spanish engineer Antonio Parietti, was built in 1932 manually, without the help of any machine, and was designed in a way to avoid the construction of any tunnel. Ruta de Sa Calobra road saves a height of 800 m. and for its construction was necessary to move 31,000 m3 of rock, mainly for piling. 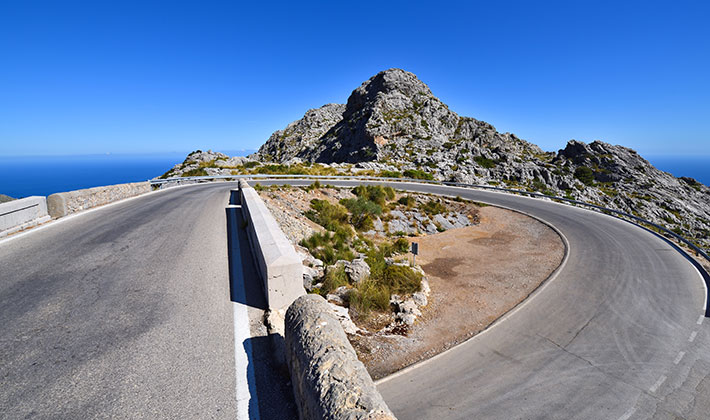 The road, officially called, MA-2141 is a dead end road which starts in the junction with MA-10 road, near an aqueduct, and finishes on a payment parking, near the beach. The expected time to drive the whole road is around 25 minutes. It's one of the Hollywood favorite roads. Sa Calobra appeared on Cloud Atlas, a 2012 German drama and science fiction film written, produced and directed by The Wachowskis and Tom Tykwer, with Tom Hanks, Halle Berry, Susan Sarandon and Hugh Grant. 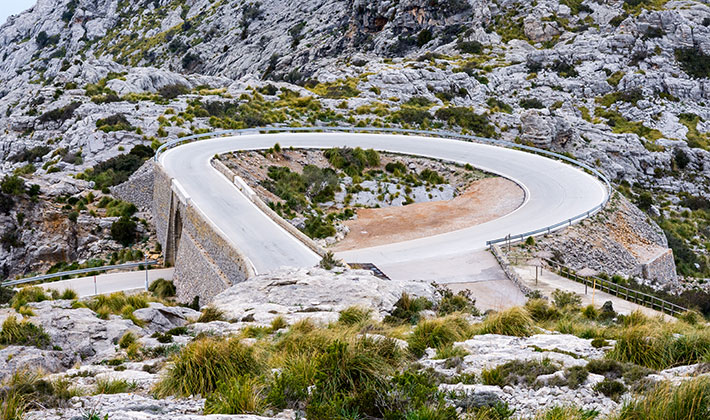 Sa Calobra is a small village in the Escorca municipality on the northwest coast of the Spanish Balearic island of Majorca. The port village is a popular destination for coach trips and road cyclists and is accessible by a single winding road, designed by Italian engineer Antonio Parietti, which features many hairpin bends and a spiral bridge. The climb is officially the Coll del Reis or the Col de Cal Reis, though it is often referred to by the name of the village at its base. 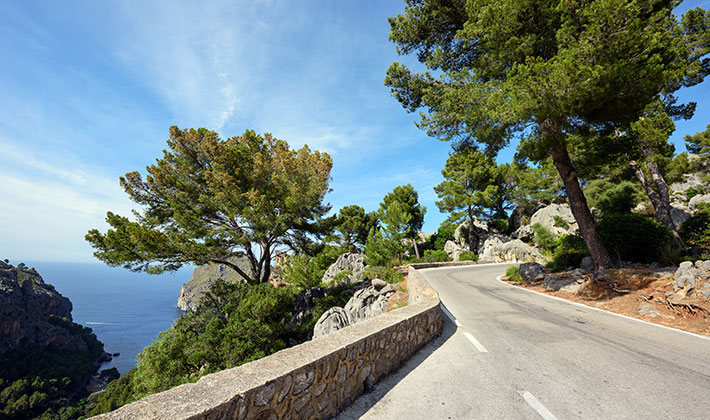