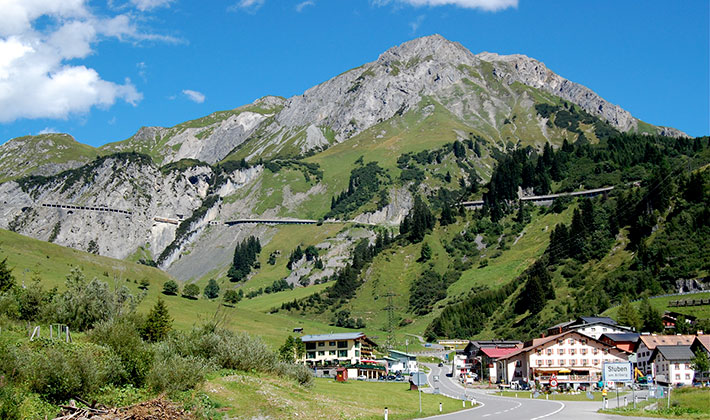 Flexen Pass is a high mountain pass in the Austrian Alps in the Bundesland of Vorarlberg.

The pass road was built in 1940 and leads to the road over the Arlberg pass. It became a necessity when the Arlberg railroad was opened in 1884. Before that, traffic mostly went over the Tannberg by way of Oberstdorf. The first stretch of road was opened in October 1897 up to the pass. At first, the road was shielded from the danger of avalanche by protective covers, but eventually a tunnel was built, and then a bridge over the Hölltobel. The road was only 3 meters wide. In 1909 the road was finished into the Lech Valley in Tyrol. Since 1936 the pass has been open in winter. Since 1948, funds from the Marshall Plan have been utilized to improve the road and make it safer from avalanches. In 2000, plans were unveiled for a tunnel from Stuben to Zürs. However, the plans were tabled for lack of funds.

Flexen Pass is a high mountain pass in the Austrian Alps in the Bundesland of Vorarlberg.It connects the upper Lech River valley between Warth, Lech, and Zürs with the Klostertal near Stuben. Near Lech,you can visit the Korbersee. The picturesque lake Körbersee is southwest of the village Egg in Vorarlberg at 1600 m amsl in Austria. It lays within the "Lechtaler" Alps in Vorarlberg. The lake can only be reached on foot; estimated walking time 45 minutes. With a surface of ~ 5 ha it is a smaller lake in the province. The water possesses excellent drinking water quality and gives a protected living space to fishes and rare plants. The mighty "Widderstein" mount is reflected by the clear, cold water and is a remarkable view for hikers. Near the lake alpine economy can be found; perfect for small snacks. 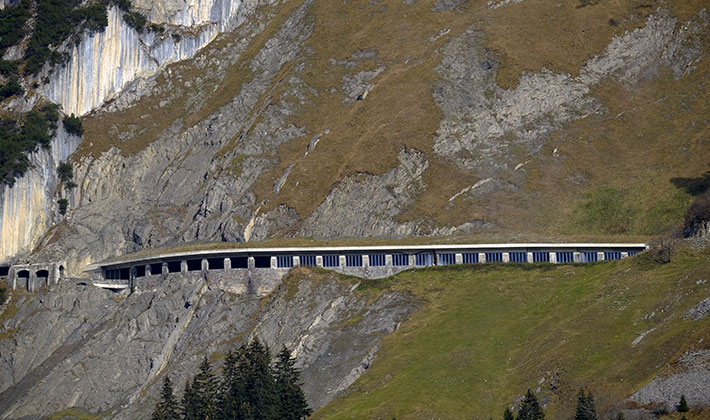