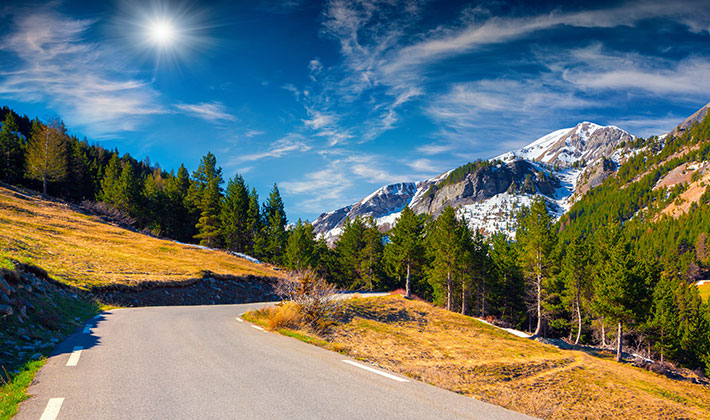 Col de la Bonette is a high mountain pass in the French Alps, near the border with Italy. It is situated within the Mercantour National Park on the border of the departments of Alpes-Maritimes and Alpes-de-Haute-Provence.

The road from Nice to Briançon was built on 1860, but the final route by the summit of the Bonette was built between 1960-1961. 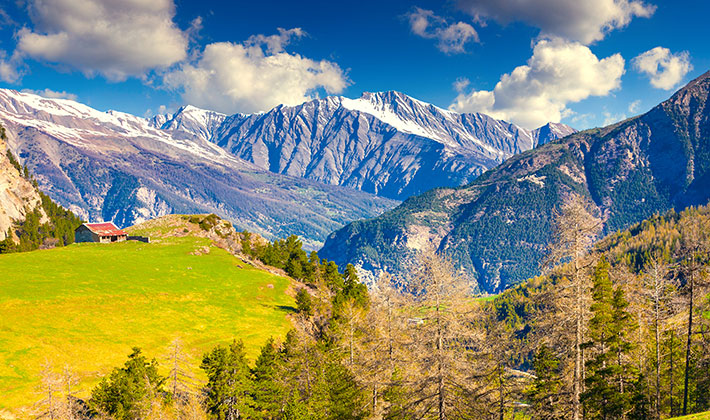 Col de la Bonette, at an elevation of 2802 m above the sea level, is a high mountain pass in the French Alps, near the border with Italy. It's one of the top#50 highest mountain roads in Europe.

It is situated within the Mercantour National Park on the border of the departments of Alpes-Maritimes and Alpes-de-Haute-Provence.

The pass has featured in the Tour de France several times. The climb begins quite easily, but suddenly, after La Chalanette and Le Rochas, the slope becomes more difficult. Around the Casernes de Restefond, an old military building, the percentage is around 8-9%. The pass is traversed by the scenic Route des Grandes Alpes. On the last part of the climb, on the monument of the Cime de la Bonette, the percentage becomes wild, arriving to 10% slope for nearly 1 km. 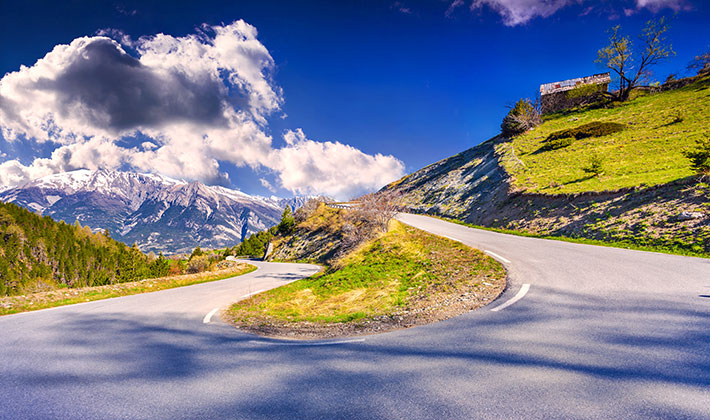