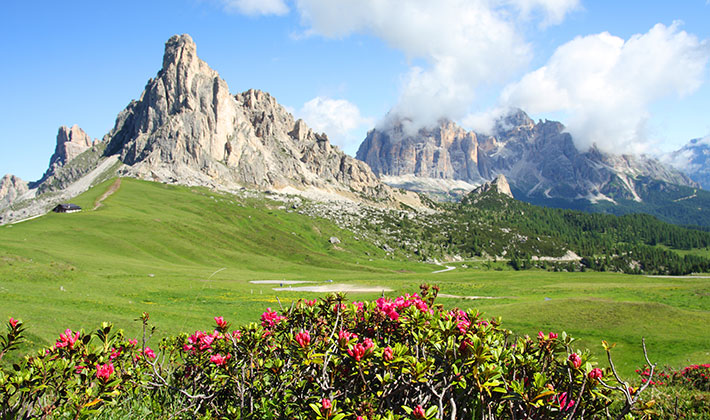 The Giau Pass is a high mountain pass in the Dolomites in the province of Belluno in Italy. It is located at the center of a vast mountain pasture at the foot of Nuvolau (2,574 m) and dell'Averau (2,647 m).

The Passo Giau road from Colle Santa Lucia was the last road that was built to reach a Dolomites Pass and connect it to another valley! In fact the actual road was built and paved in 1986. Previously, there was just a narrow mule track mainly used by farmers for forestry services.

Passo Giau is located between the territories of Colle Santa Lucia, San Vito di Cadore and Cortina d'Ampezzo, and for a few hundred meters in the territory of Selva di Cadore.

Selva di Cadore is an important ski resort in the Dolomites, in province of Belluno, with 8 slopes of various difficulties. The ski resort Selva di Cadore is located in the heart of the Dolomites, in the province of Belluno. The nearby small villages of Santa Fosca and Pescul also are part of Selva di Cadore. This ski area is located at the foot of Mount Pelmo at the beginning of Valfiorentina and overlooked by the impressive Marmolada and Civetta, two mountain groups declared "Natural Heritage of Humanity" by UNESCO. 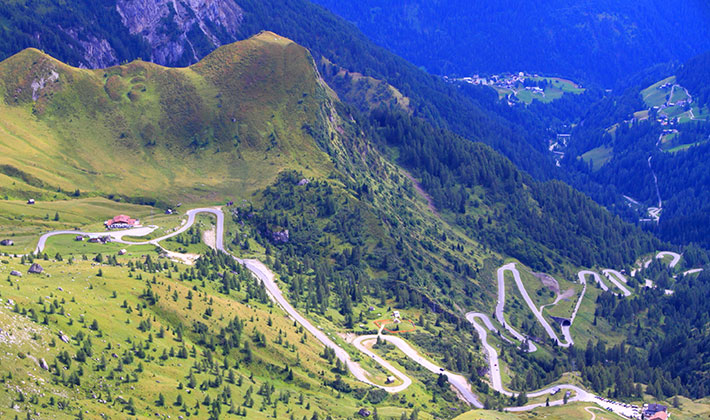 If you want to cycle this road you sure have various options as where to begin with.For starters: From the east one could start in the old Olympic ski resort town of Cortina d’Ampezzo (1199m) and it will be an arduous climb from there, with some real steepness at the last section. One takes left at Pocòl (1503m). If coming down from Passo di Falzarego/Fouzargo/Jou de Fauzare (2105m) toward Cortina, one starts the climb from the east at Pocòl. From the west the still steeper climb starts at Selva di Cadore (1312m) or from Caprile (1002m). The direct road from Caprile (995m) was closed for traffic in 2006, so one had to go via Colle S. Lucia (1473m) with extra height metres. If coming from Passo Pordoi, Passo Campolongo or Passo Falzarego, the climb starts with the small climb over Colle S. Lucia from Rucava/Reciavé (1309m). The climb from Selva di Cadore is very steep with up to 14% here and there. 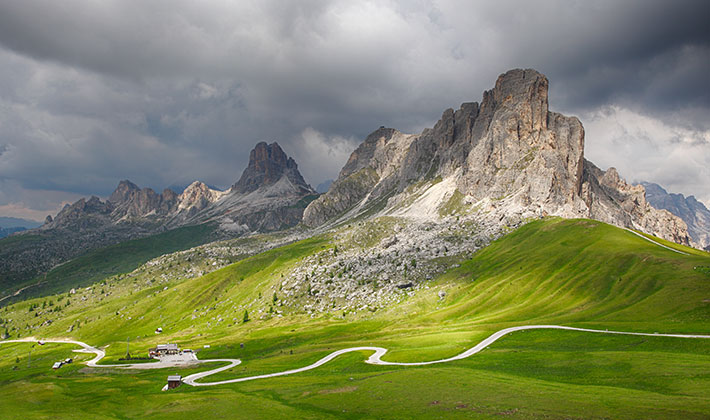 There is also since 1988 the fact that Giau Pass is the sixth and steepest of seven Dolomites mountain passes riders cross in the annual Maraton dles Dolomites single-day bicycle race. 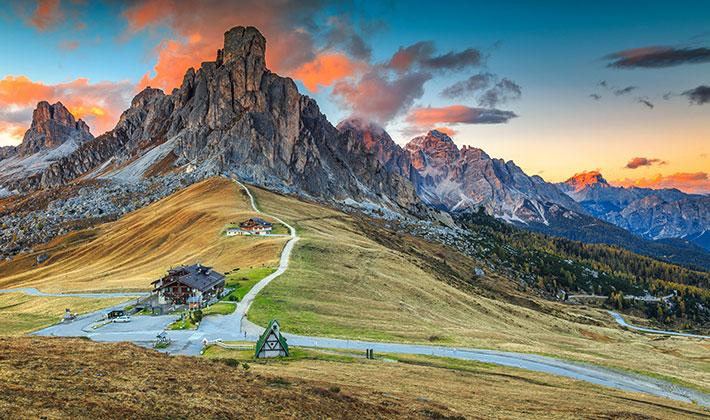