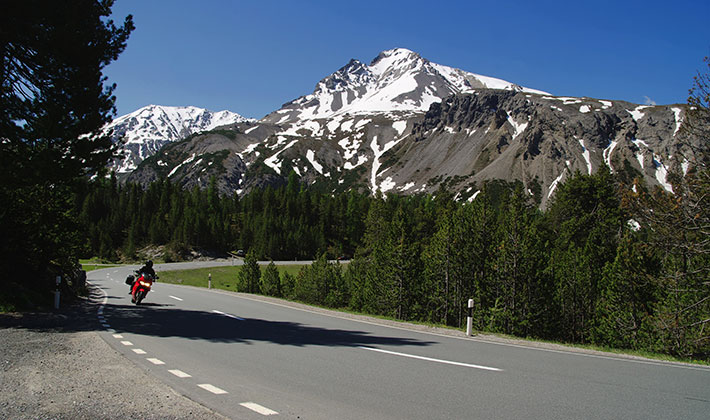 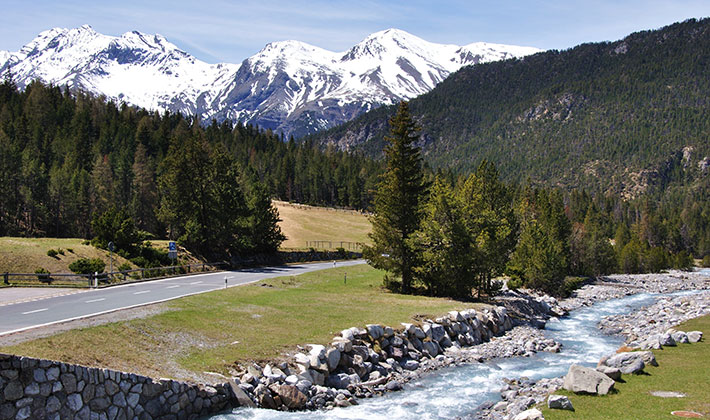 Ofenpass is a high mountain pass with an altitude of 2,149 m above the sea level, located in the most eastern corner of Switzerland, in the canton of Graubünden.It goes from Zernz to Val Mustair and it crosses the Schweizerischer Nationalpark, the only Swiss National Park.

It is believed that this route dates back to the roman times, but of course it was not built and asphalted. The Ofenpass road was built in 1871.The name is based on the ovens that were used in ironworks in the area. The ruins of these ovens can still be seen from nearby trails.

The Ofen pass is a high mountain road that is known by many different names all over the world such as: Fuorn Pass, Ofen Pass, Ofenpass, Passo del Forno.

It was built in 1871 and it’s located in the Eastern Alps in the canton of Graubünden. Apart from the amazing views, this road is also unique for its connection to the National Park of Switzerland, the only national park in the country. It belongs to the worldwide UNESCO Biosphere Reserve. This park on founded on a national holiday in August 1st.1914. It has a surface of 174,2 km and it’s the largest protected area in the country. 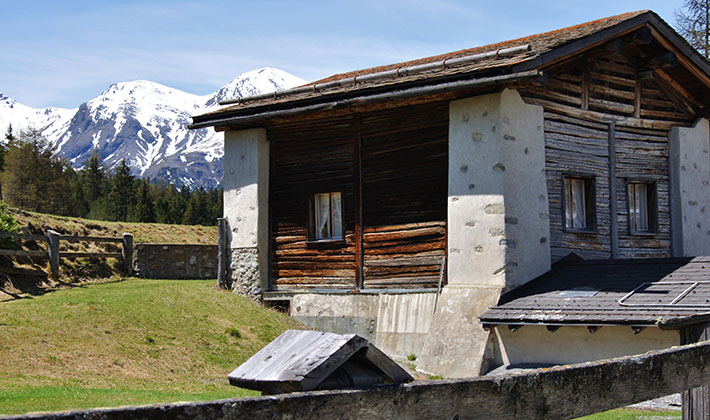 This road has two routes in order to get to the summit. You can either start from Zernez and drive about 21,6 km or you can start from Glorenza and drive 28 km.

On either route, this road is dangerous during rough weather climates but it’s actually not very crowded by tourists, aspect that could be explained by the fact that most people choose the Reschenpass. So do not forget your camera and make sure you capture the marvelous panoramas of this region. 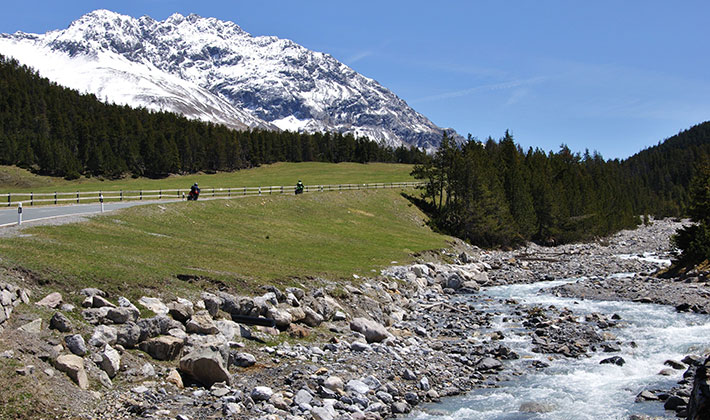