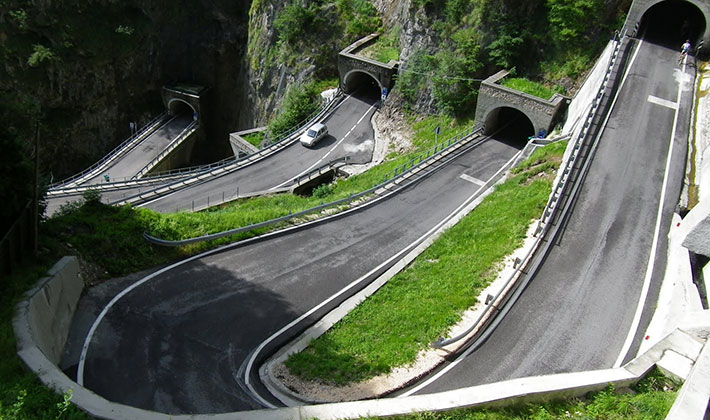 The San Boldo pass is a small mountain pass in Italy between the town of Trichiana and Tovena with a total length of 17 km.

The construction of the road took only three months, and it served as a way of supplying the Piave front, from February to June 1918.The project belonged to the Austro-Hungarian army as part of its World War I logistical efforts. Due to its short construction period, it is nicknamed the "Road of 100 Days." It was actually build by the war prisoners, men, women and children who lived around. Despite the extreme topography, the requirement that the road shall be used for transporting heavy artillery and supplies meant that the grade could not exceed 12%.

At the end of the 19th century this road was rebuilt in order to make it motor able. 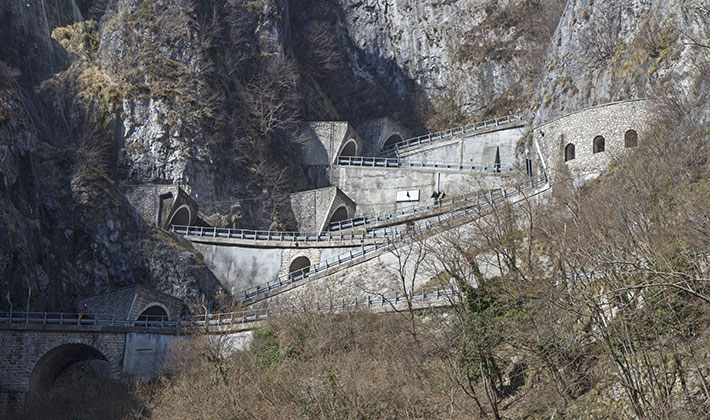 The San Bordo pass is a small mountain pass in Veneto-Italy. This road links the town of Trichiana to Tovena. Although is only 17 km long it sure has it`s twists and turns which pomp adrenaline into your veins. The pass lies at the southern edge of the Alps and connects the Val Belluna with the Val Mareno over a height of 706 m. The mountain pass is called the SP 635.  Only one lane is passable, which is why the traffic is regulated by several sets of lights.

The road is stunning. It’s asphalted and includes 18 numbered hairpin turns, 6 of them hiding inside tunnels. It was built by 7.000 workers (mostly Russian prisoners and women) and was completed in a record time, hence it was inaugurated in June 1918 with the nickname "the road of 100 days".

The works began in 1914 under the direction of engineer Giuseppe Carpenè, which employed 500 migrants repatriated between 1914 and 1916. During World War strategic reasons motivated the Austrian engineers (under the direction of Nikolaus Waldmann) to complete the work in a short time, being its construction planned for January 1918, with five additional galleries that now characterize the climb. 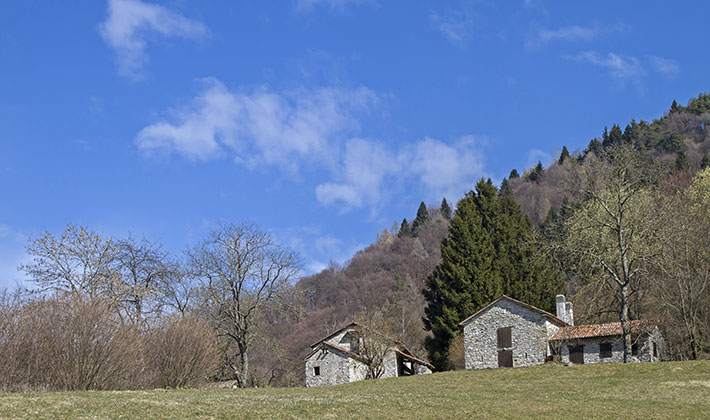