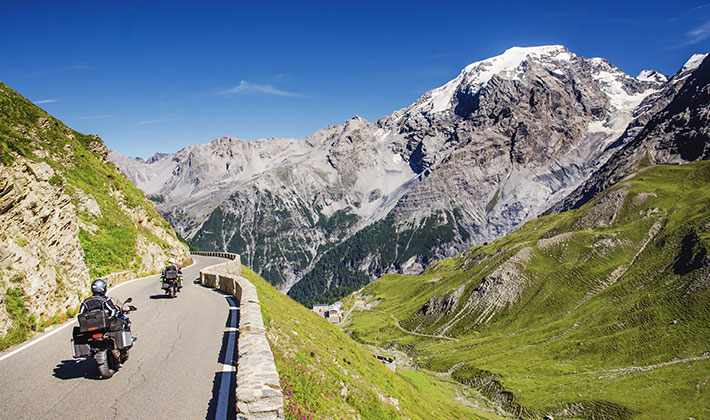 Open end-to-end: May to November.

Top Gear voted: the best driving road in the world in 2008. 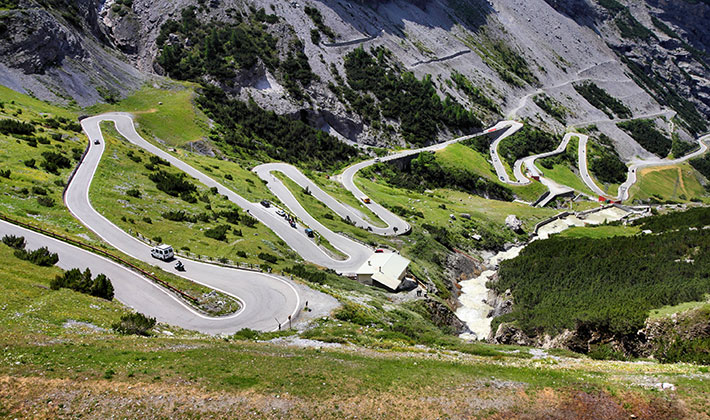 The Stelvio Pass it is located in the Ortler Alps, in Italy between Stilfs in South Tyrol and Bormio in the province of Sondrio. It's one of the highest mountain roads in Europe.

The construction of the road started in 1820, on the order of the Austrian emperor and was designed by Carlo Donegani. The main purpose was to connect the province of Lombardia with the rest of Austria, covering a climb of 1,871 m. It formed the border between the Austro-Hungarian Empire and the Italian Kingdom, before the end of World War I. During the war, several battles took place in the area. The three nations (Italy, Austria and Hungary) made an agreement not to fire over Swiss territory, but instead they could fire down the pass, as Swiss territory was up and around the peak. The pass started to loose it’s strategic importance after the expansion of Italy in 1919. 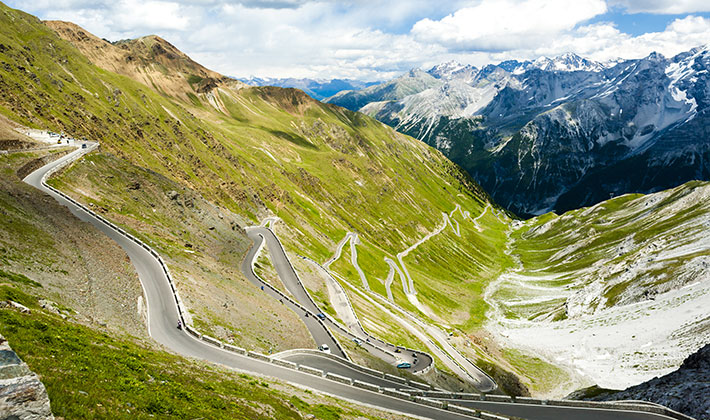 Stelvio Pass is the highest paved mountain pass in the Eastern Alps and also one of the most dramatic mountain passes to ride in the European Alps. The road itself is a marvel of engineering skill and has 75 turns, 48 of them on the north side and it is 49 kilometers long.

It is considered one of the most scenic drives in the world and the most amazing road pass in Europe. From the summit, you can admire the famous Ortler view that is suddenly revealed. The Trafoi windings lead down beautiful views of peaks and glaciers to Trafoi. The rest of the road, falling along the Trafoibach is a relaxing descent with charming views ahead of the Zillertal peaks in the main Alpine chain.

Stelvio Pass is one of the most photographed and spectacular roads in the world. It is definitely worth a drive. So pack your bags, take your motorcycle and be ready for a wonderful ride! 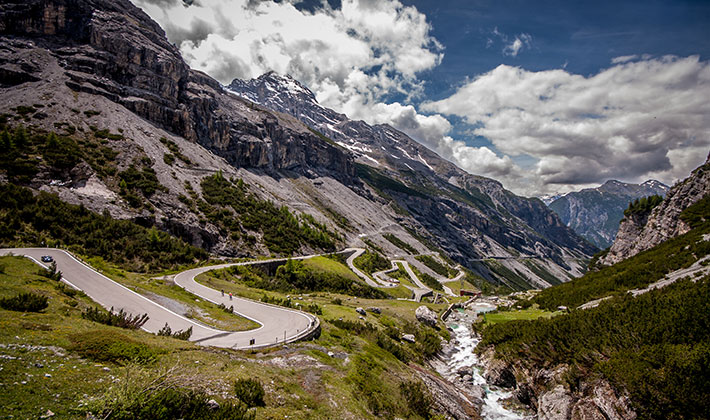