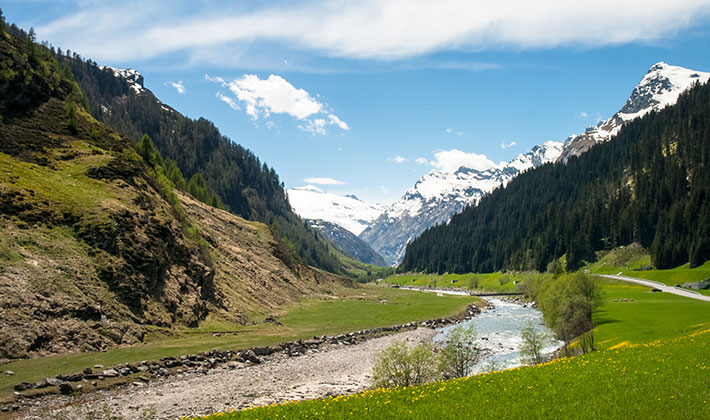 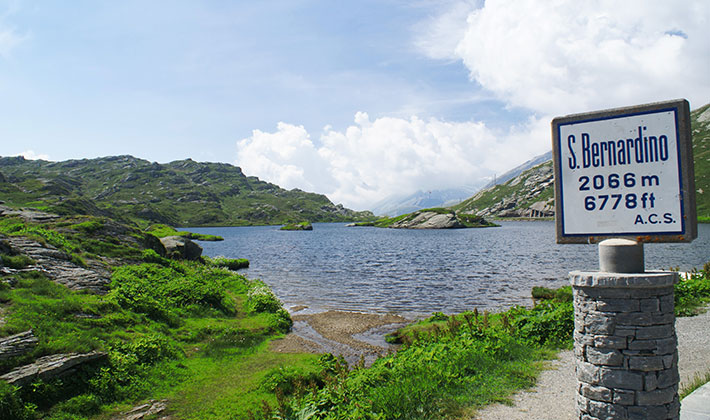 San Bernardino Pass is a high mountain pass in the Swiss Alps connecting the Hinterrhein and the Mesolcina (Misox) valleys between Thusis (canton of Graubünden) and Bellinzona (canton of Ticino).

The route first became important as a mule track in the fifteenth century when the route between Thusis and Splügen was known as the Via Mala. A road for wheeled vehicles was opened in 1770; this road was significantly improved between 1821 and 1823, financed in part by the Kingdom of Sardinia, keen to improve a trade route connecting Genoa and Piedmont to the Graubünden that was not directly controlled by Austria. Traffic flow was much facilitated when in 1967, the San Bernardino road tunnel was completed. 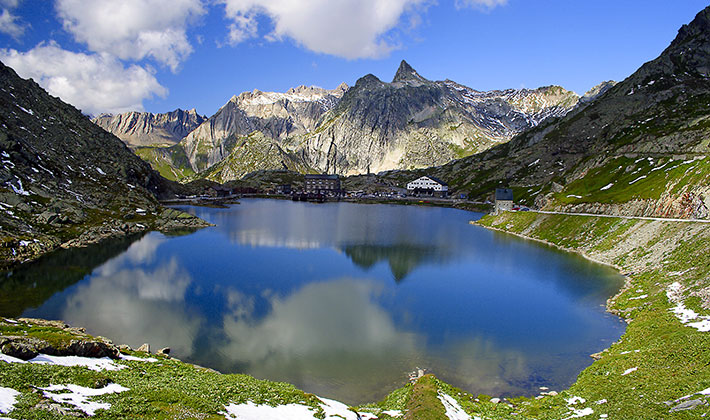 San Bernardino Pass is a high mountain pass in the Swiss Alps connecting the Hinterrhein and the Mesolcina (Misox) valleys between Thusis (canton of Graubünden) and Bellinzona (canton of Ticino). Located in the far eastern side of the Western Alps it is not to be confused with the Great St Bernard Pass and the Little St Bernard Pass. The top of the pass represents both the Italo-German language frontier and the watershed (drainage divide) between the Po basin and the Rhine basin.

San Bernardino is a mountainous village in the canton of Graubünden in Switzerland. The village is part of the municipality of Mesocco. The language spoken is Italian, one of the three official languages in the canton of Graubünden. The church dates from around 1450, only years before the Viamala gorge bridge was opened for traffic, multiplying traffic across the pass. Near the crest of the pass lies the holiday resort San Bernardino. Bogs, pine trees and a special flora lend San Bernardino a unique atmosphere. The wet meadows around the village produce a wetland flora that boasts the largest number of species in the southern part of the Alps. In winter, when the pass road is closed, San Bernardino turns into a winter sport paradise. 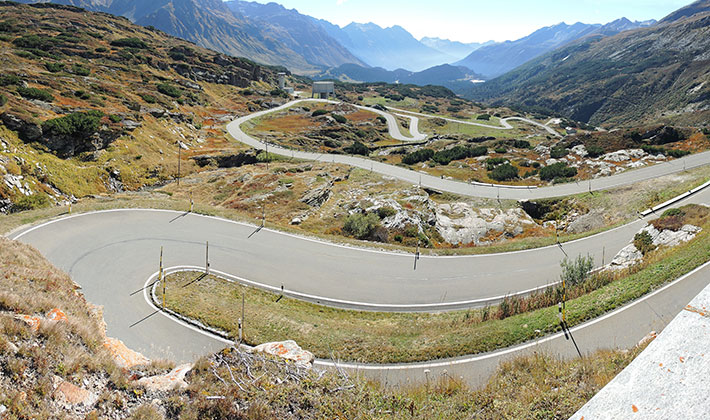