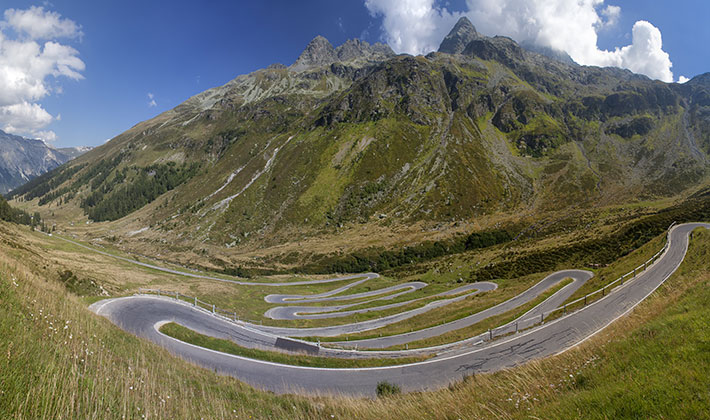 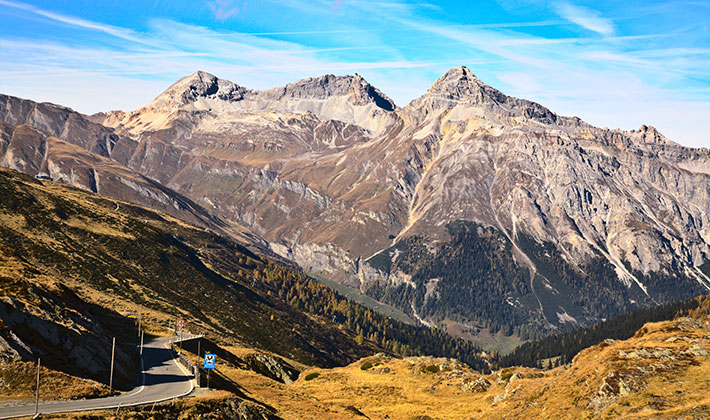 The Splügen Pass is a high mountain pass which marks the boundary between the Lepontine and Rhaetian Alps, respectively part of the Western and Eastern Alps.

The pass was already in use in the Roman era. It possibly corresponds to Cunus Aureus shown on the Tabula Peutingeriana (which may alternatively have referred to the Julier Pass). From 1818 to 1823 the modern road was built at the behest of the Austrian authorities, then ruling the Kingdom of Lombardy–Venetia in the south.

In 1840, author Mary Shelley traveled through the pass on the way to Lake Como with her son. She describes the pass in her travel narrative, Rambles in Germany and Italy, published in 1844. In 1843 the road was further expanded with a 312 m long avalanche gallery designed by the Swiss engineer Richard La Nicca which today is out of use but largely preserved. Plans to build a railroad line across Splügen Pass were abandoned in favor of the Gotthard railway opened in 1882.

The Passo dello Spluga is an international high mountain pass, at an elevation of 2.115 m (6,939 ft) above the sea level, on the border between Switzerland and Italy. It's one of the highest mountain passes of the Alps. The pass links the Swiss Hinterrhein valley and Splügen in the canton of Graubünden with the Valle Spluga and Chiavenna in the Italian province of Sondrio. The road traversing the pass, the SS36, continues to Lake Como. Near the top, some incredible views of the distant snow covered peaks and valleys become visible.

The road over the Splügen Pass marks the boundary between the Lepontine and Rhaetian Alps, respectively part of the Western and Eastern Alps. The north (Swiss) side is a wide road and serpentines out of the little village of Splügen, then it narrows a bit through trees - snaking rather than twisting, then out above the trees on a long straight. Up a steep narrow set of hairpins on a very good surface to the Swiss border crossing. Then there's a no-man's-land up more difficult narrow and steep hairpins and over the top to the Italian border. 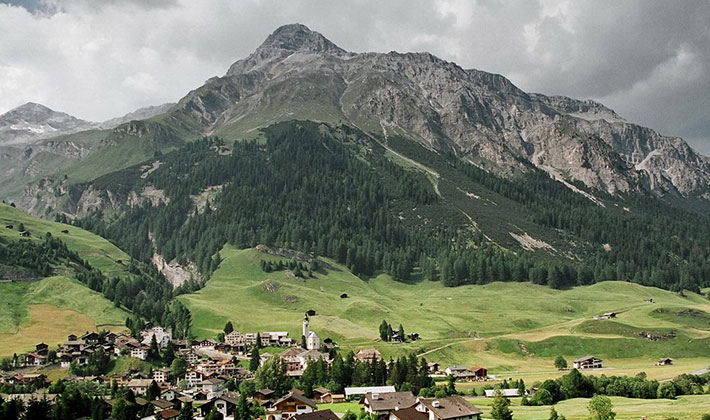