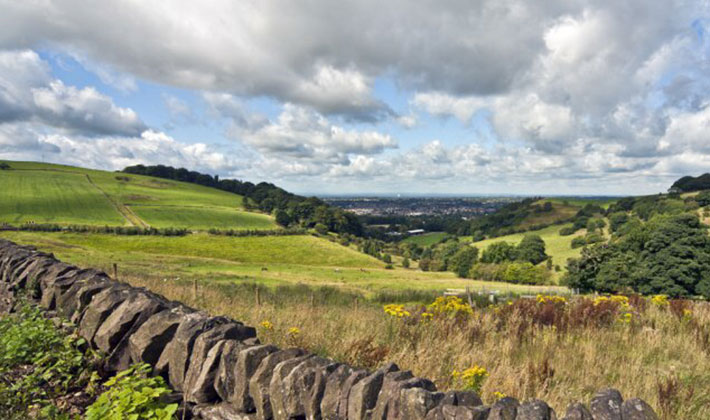 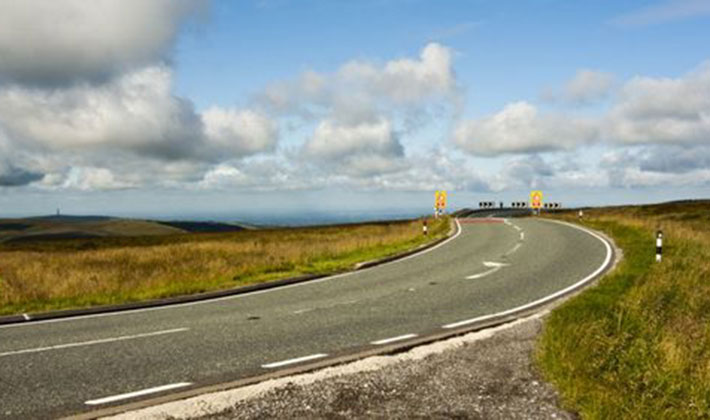 The Cat and Fiddle is a road in England between Buxton, Derbyshire, and Macclesfield, Cheshire, named after the Cat and Fiddle Inn public house at its summit. Formed by parts of the A537, A54 and A53, it is famous for its scenic views across the Greater Manchester conurbation, the Peak District National Park and the Cheshire Plain, and for its many bends. It is extremely popular with motorcyclists, and is often classed as the most dangerous road in the UK. The highest altitude is at 520 m where the Cat and Fiddel Inn is located. The Cat and Fiddle Inn is the second-highest inn or public house in England .The inn is situated on the eastern fringes of Cheshire in the Peak District National Park on the A537 road. It was originally built in 1813, but unfortunately it was recently closed. It is one of only two roads into Maccles field from the east, and thus carries long-distance as well as local traffic, including heavy goods vehicles. It also carries tourist traffic into the Peak District National Park, including cyclists and walkers. It is part of the "Cat and Fiddle – Long Hill – Highwayman" triangle. 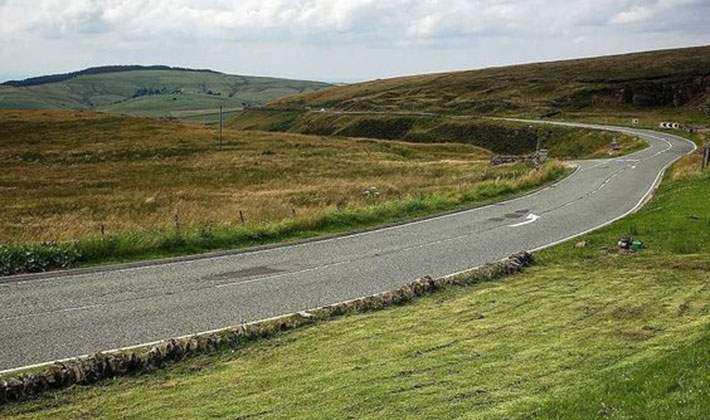