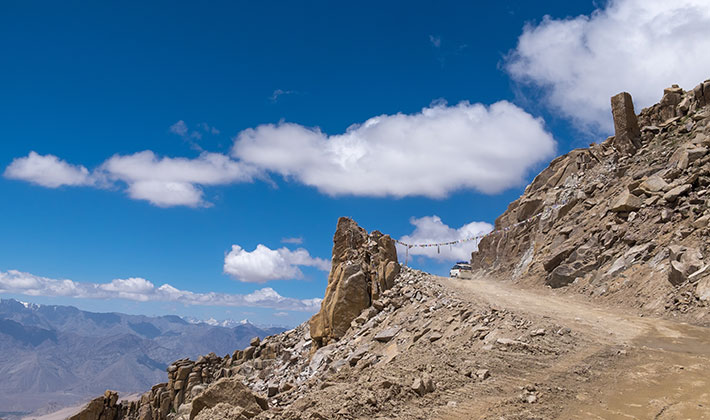 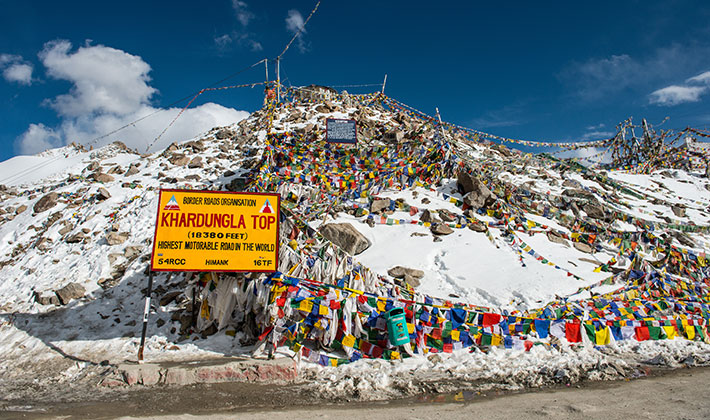 Khardung La is a mountain pass in the Ladakh region of the Indian state of Jammu and Kashmir.The pass on the Ladakh Range lies north of Leh and is the gateway to the Shyok and Nubra valleys.

It was built in 1976, it was opened to public motor vehicles in 1988 and has since seen many automobile, motorbike and mountain biking expeditions. Khardong La is historically important as it lies on the major caravan route from Leh to Kashgar in Central Asia. About 10,000 horses and camels used to take the route annually, and a small population of Bactrian camels can still be seen at Hunder, in the area north of the pass. During World War II there was an attempt to transfer war material to China through this route. 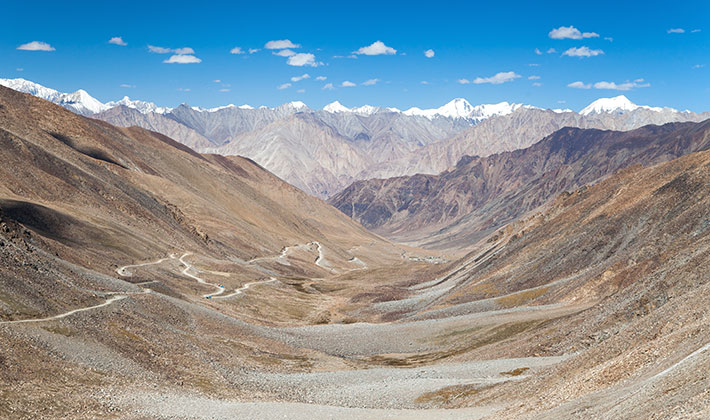 Khardung La is a mountain pass in the Ladakh region of the Indian state of Jammu and Kashmir. The local pronunciation is "Khardong La" or "Khardzong La" but, as with most names in Ladakh, the Romanized spelling varies. The elevation of Khardung La is 5,359 m. Khardung La is 39 km by road from Leh. The first 24 km, as far as the South Pullu check point, are paved. From there to the North Pullu checkpoint about 15 km beyond the pass the roadway is primarily loose rock, dirt, and occasional rivulets of snow melt. However, it is in better repair than many of the surrounding passes. From North Pullu into the Nubra Valley, the road is very well maintained (except in a few places where washouts or falling rock occur). Hired vehicles, heavy trucks, and motorcycles regularly travel into the Nubra Valley, though special permits may need to be arranged for travelers. Leh was an important stopover on trade routes along the Indus Valley between Tibet to the east, Kashmir to the west and between India and China for centuries. The main goods carried were salt, grain, pashm or cashmere wool, chars or cannabis resin from the Tarim Basin, indigo, silk yarn and Banaras brocade. 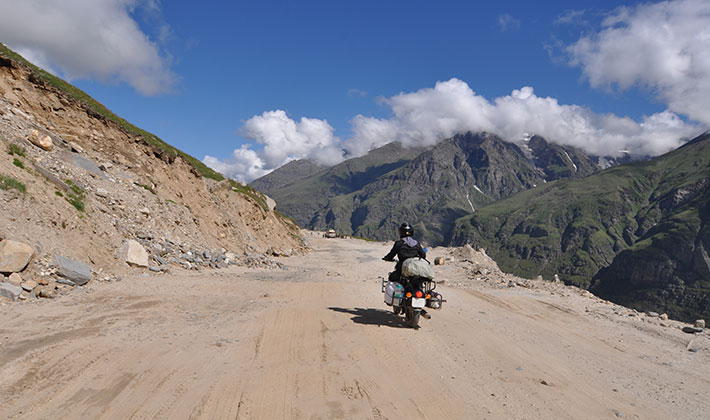