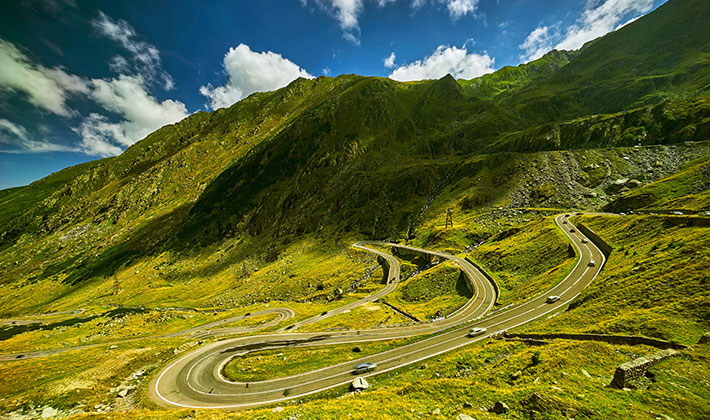 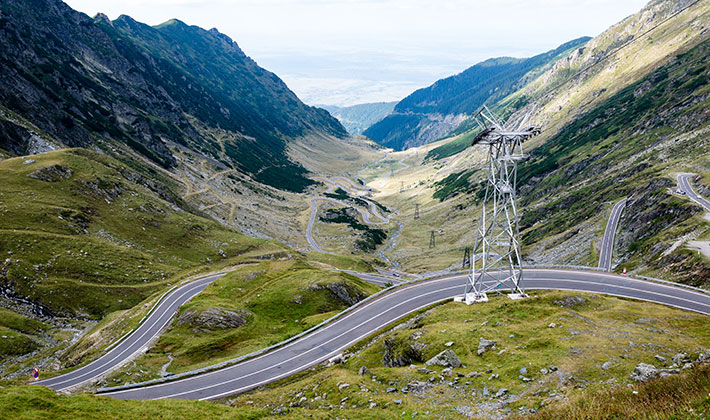 The Transfăgărășan Road is located in the Făgăraș Mountains, in Romania between the region of Transylvania and Wallachia and the cities Sibiu and Pitesti. It's one of the highest mountain roads in Romania.

Initially, it was built as a military route that crossed from north to south the highest part of the Carpathian Mountains. The route was built under Nicolae Ceaușescu’s rule between 1970-1974. This road took a lot of resources both material and human. About 40 soldiers lost their lives and it took 6 million kilos of dynamite to create this route. The whole purpose of this road was to gain access across the mountains in case of a soviet attack. Though the official inauguration took place on the 20th of September 1970, the road as it is now was only ready in 1980. 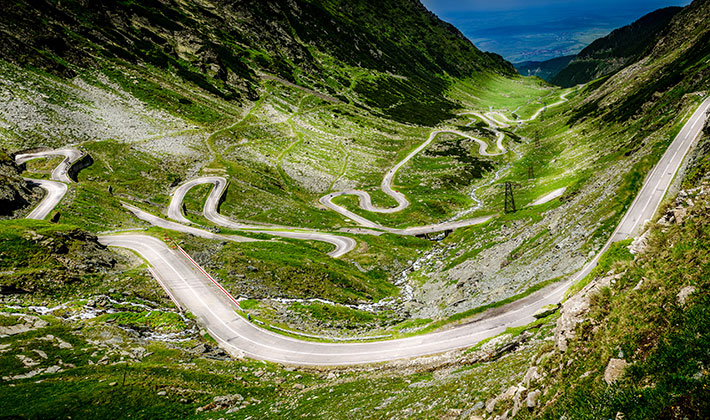 Transfăgărășan is the most spectacular road from Romania located in the Făgăraș mountains in Transylvania. It is also named the ”Road to the Sky” or "the Road to the Clouds" Jeremy Clarkson, a famous broadcaster, journalist and writer and also specialist in motoring, named Transfăgărășan "the Best Driving Road in the World".

Because the route is very dangerous the restrictions of access include dark periods (hours 22:00 - 6:00). Also, it is recommended that the average speed shouldn’t exceed 40 km/h. The road is opened from June until the end of October. In the winter, even the road is closed, but you may reach at Bâlea Lake by cable car from the cottage "Bâlea Waterfall". 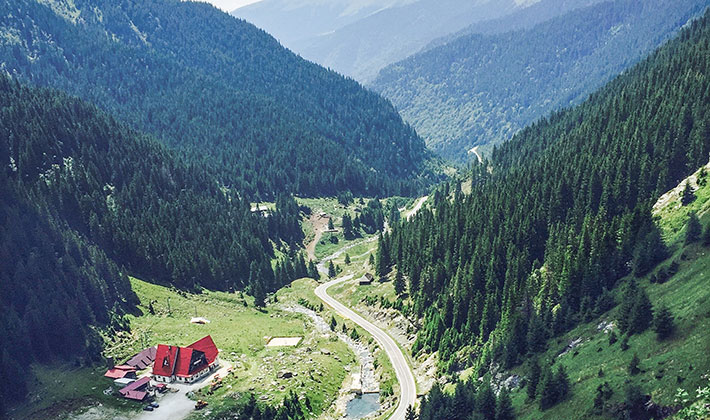 Transfăgărășan is the road with the most tunnels and viaducts in Romania. Near Bâlea Lake, on the highest point (2042 m), the road passes through the longest road tunnel in Romania which is not lighted (884 m).

Among the amazing landscapes there are many attractions that shouldn’t be missed.  You may start with the Poienari fortress. The castle was the residence of Vlad III the Impaler, the prince who inspired Bram Stoker’s Dracula character. There is a parking area and a path of 1480 stairs that leads to the ruins. The highest point of the road is Bâlea Lake. Near the lake you can find a small restaurant and two lovely pensions. In winter there’s an ice hotel build here where you can stay and enjoy a unique experience. From the lake, you can also reach Bâlea Waterfall or Negoiu Peak, the tallest mountain in the Făgăraș range (2525 m). 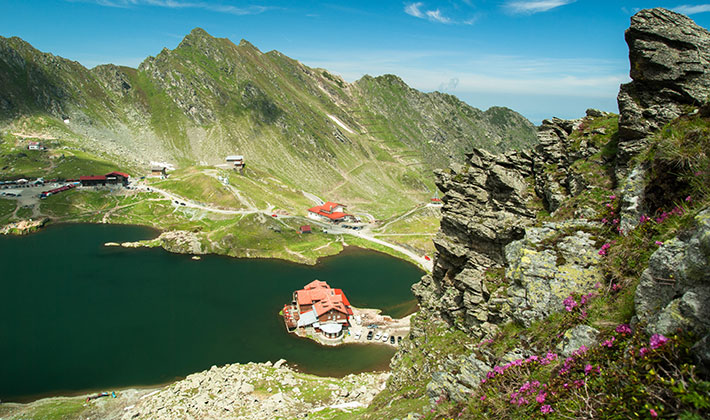 Following the Transfăgărășan highway over to the other side of the Făgăraș mountains you will reach at the famous lake and dam Vidraru. The dam is huge measuring 166 meters height and 305 meters length. It can store 465 million cubic meters of water and was created to produce hydroelectricity. From here you can go to Curtea de Argeș, a lovely city, and a home for a couple medieval churches among which the most famous is Curtea de Argeș Monastery.

Transfăgărășan is an excellent winding mountain drive with sharp, blind curves and breathtaking landscapes that lead you over the mountains. It is definitely worth to be visited at least once in a life time. 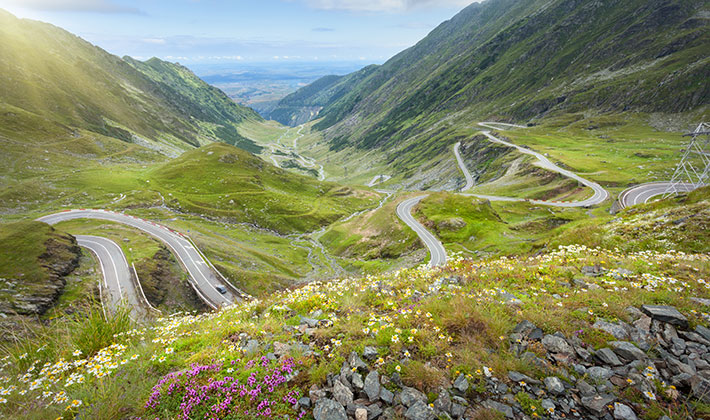