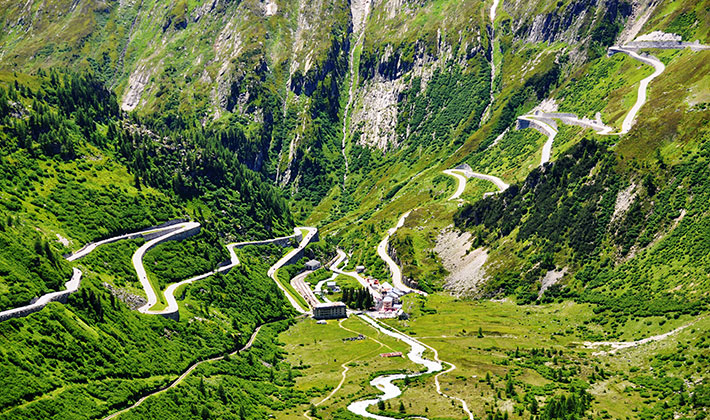 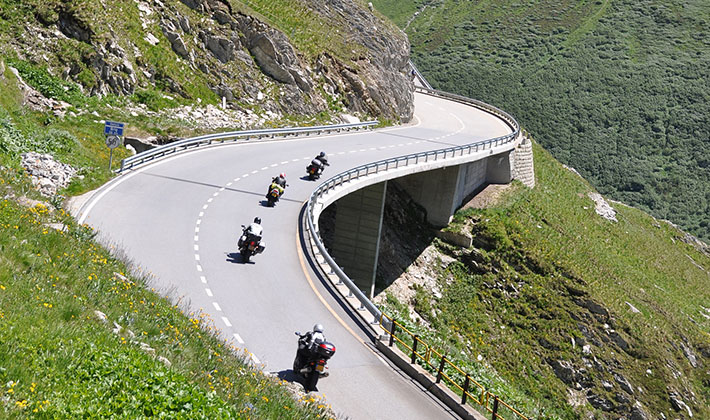 The Furka pass is a high mountain with the highest altitude of 2.431 m (7,976ft) above the sea level, which passes through the Alps, located in one of the snowiest regions in Switzerland. The pass is very famous because of the Aston DB5 / Ford Mustang car chase in James Bond's Goldfinger. It's one of the highest mountain passes of the Alps.

It is believed that this pass dates back to pre – Roman times. Then it became a horse-wagon road in the 18th century. In the 20th century was opened to engine cars after some accommodations were built there. Even Queen Victoria traveled through this pass as she wrote in her diaries. It was built in 1867 for military reasons, and then the tunnel for the railroad was built. 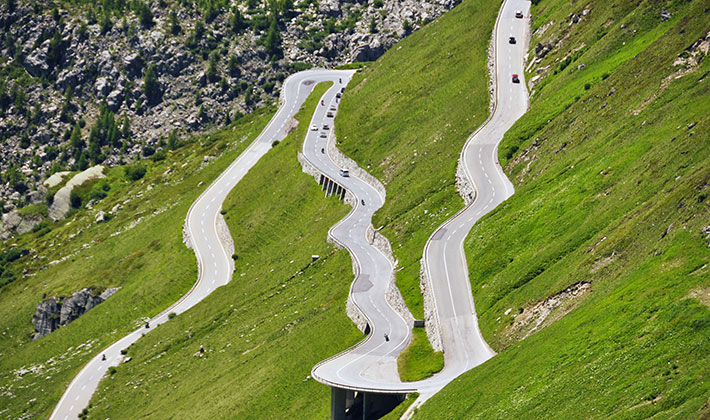 The pass links the Ursern valley in the canton of Uri with the municipality of Goms in the canton of Valais. It was categorized as the fourth paved mountain road for its height in the country. For tourists it represents a sea of opportunities. You can see the Rhone Glacier, you can hike, or ski or visit the reopened steam railway. You can even visit the inside of the glacier, which is 7 km in length. The Rhone Glacier has lost some of its spectacular size due to climate change. In 1850, the river of ice reached far down into the valley basin and now it only reaches till the Belvedere Hotel. At its highest elevation you will have a panoramic view of the Gotthard Massif and the Urseren Valley. The view of this pass is absolutely amazing, so do not leave your camera behind. The twists and turns of this road makes it kind of adventurous and thrilling. You should stop and admire all the views because they are unique, and it’s also an opportunity to take a break have a snack and enjoy the panorama. On the way you’ll pass by some Swiss villages, the glacier and the Schöllenen Gorge which is a formerly an unsurpassable bottleneck on the Gotthard route. 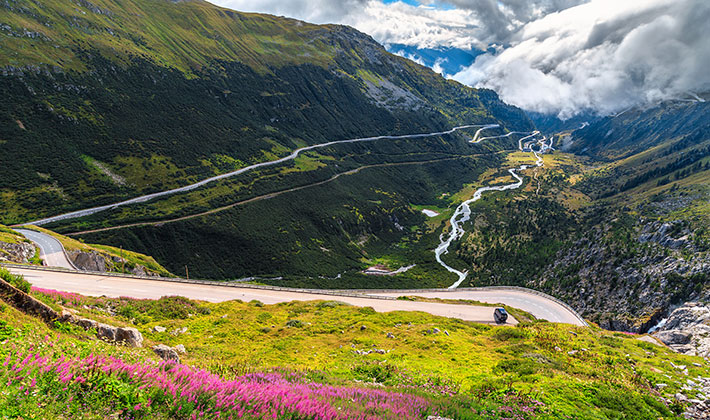