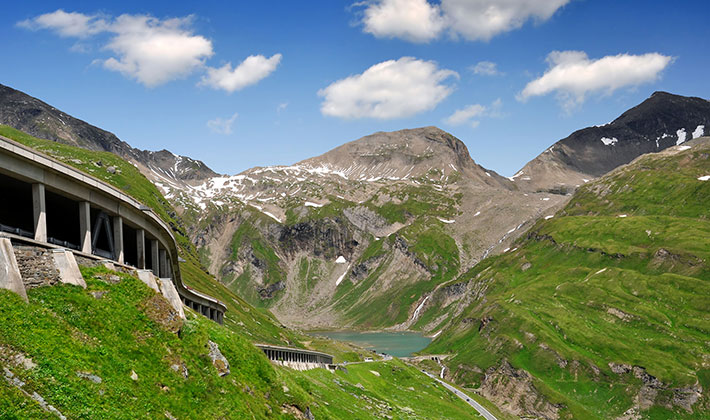 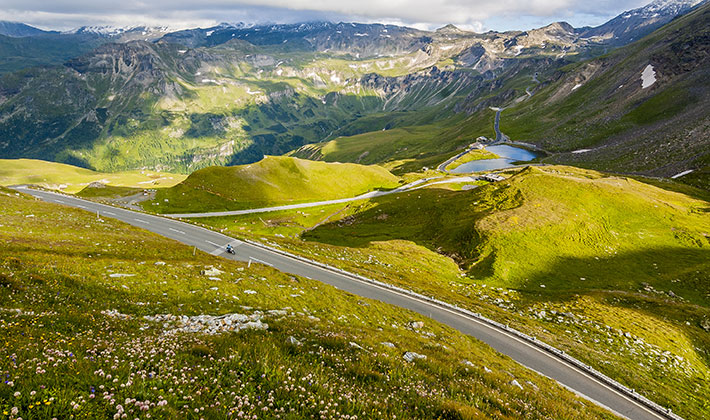 The Grossglockner High Alpine Road is the highest surfaced mountain pass road in Austria. It connects Bruck in the state of Salzburg with Heiligenblut in Carinthia via Fuscher Törl and Hochtor Pass. 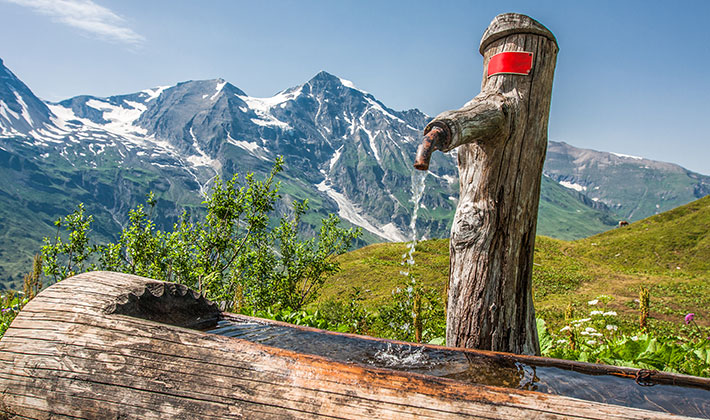 When, in 1924, a group of Austrian experts presented a plan for a road over the Hochtor (the high pass), they were ridiculed in a time when in Austria, Germany, and Italy there were only 154,000 private automobiles, 92,000 motorcycles, and 2,000 kilometers of long-distance asphalt roads. Austria had suffered from the catastrophic economic results of losing the First World War, had shrunk to a seventh of its imperial size, lost its international markets and suffered devastating inflation. 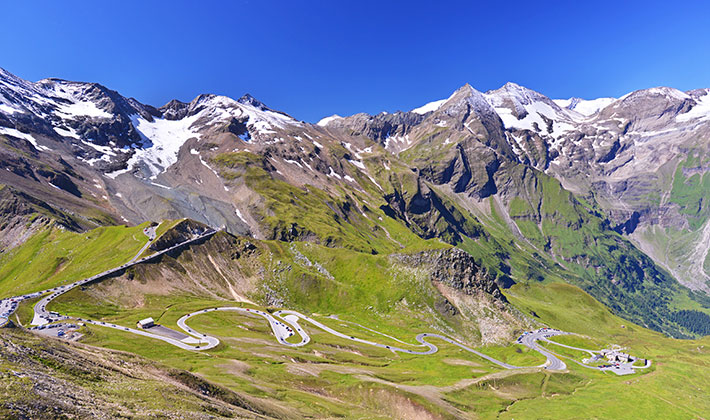 Within three years, the economic output dropped by a quarter, and unemployment rate reached 26%. The government then reinstated the Grossglockner project to give work to 3,200 people (from an average of 520,000 jobless).

On 3 August 1935, the Grossglockner High Alpine Road was opened and put into full service a day later with an international automobile and motorcycle race.

The road leads from Bruck in the Salzach Valley via the northern toll both at Ferleiten with numbered hairpin curves up to Hochtor Pass, with a 1.5 km branch-off from Fuscher Törl at 2,428 m to the Edelweißspitze viewpoint. The scenic route crosses the Alpine divide in a tunnel and runs southwards passing another branch-off which leads to the Glocknerhaus mountain hut and the Kaiser-Franz-Josefs-Höhe visitors' center at 2,369 m. 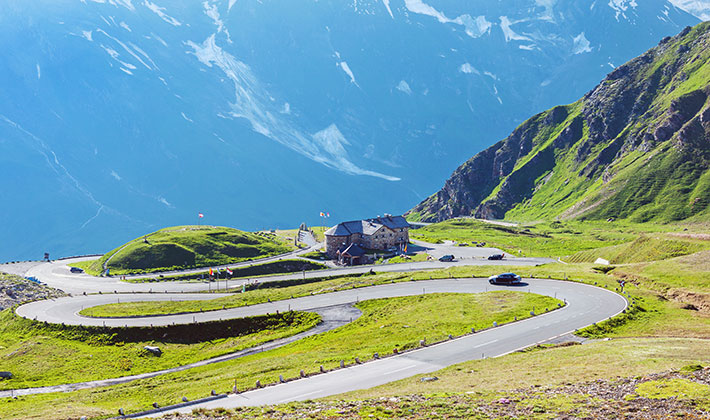 The popular overlook was named after a visit by Emperor Franz Joseph I of Austria and his consort Elisabeth in 1856. It offers a panoramic view over the Pasterze Glacier, the Grossglockner massif, the Glocknerwand, and the Johannisberg in the northwest. From here the road runs downhill to the southern toll booth near Heiligenblut.

The Pasterze at approximately 8.4 kilometers in length, is the longest glacier in Austria and in the Eastern Alps. It lies within the Glockner Group of the High Tauern mountain range in Carinthia, directly beneath Austria's highest mountain, the Grossglockner. The surrounding area was purchased by the German and Austrian Alpine Club in 1918; today the glacier is part of the High Tauern National Park. 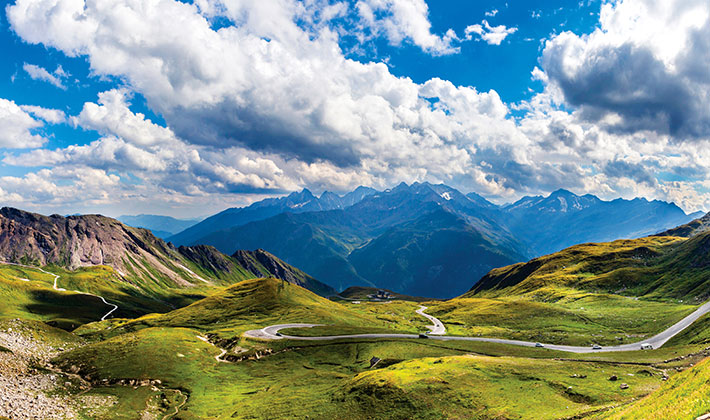