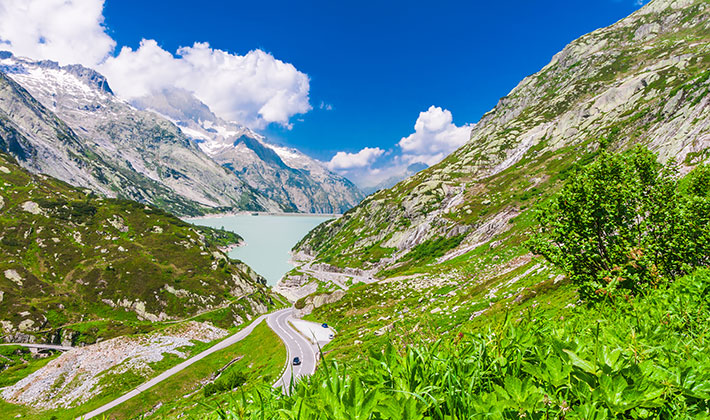 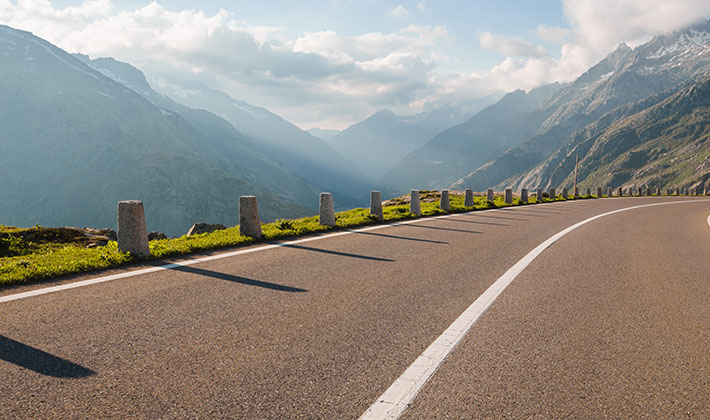 The Grimsel Pass is a mountain pass in Switzerland, crossing the Bernese Alps.It goes from Gletch to Meiringen. The Grimsel Pass connects the cantons of Bern, to the north, and Valais, to the south, with the summit of the pass lying on the cantonal boundary. The northern slopes of the pass are in the Bernese municipality of Guttannen, whilst the southern slopes are within the Valais municipality of Obergoms. 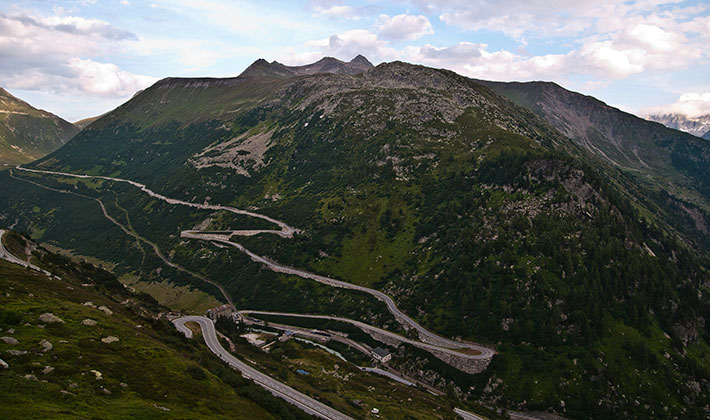 The first fully documented use of the Grimsel Pass dates back to the 14th century, although it has been suggested that the pass was used in Roman times and also, in 1211, by troops of Berthold V, Duke of Zähringen. In 1397, the Landschaften of Pomat, Goms and Hasli, and the cities of Interlaken, Thun and Bern, signed an agreement in which it was agreed to provide for free and secure trade by the mule track over the Grimsel.

The Grimsel Pass formed, along with the Nufenen and Gries passes, a regional trade route between the Haslital and Domodossola and the Lombardy plain. Cheese and cattle were sent south, whilst wine, rice, corn and olive oil came north. This trade continued until the opening of the Gotthard railway in 1882.

The Grimsel Pass is a mountain pass in Switzerland, crossing the Bernese Alps at an elevation of 2,164 metres . The pass connects the Haslital, the upper valley of the river Aare, with the upper valley of the Rhône. In so doing, and as the Aare is a tributary of the Rhine, the pass crosses the continental divide between the North Sea and the Mediterranean Sea. A paved road follows the pass, running 38 kilometres from Gletsch to Meiringen. The Grimsel Pass road is part of the Aare Route, which is national cycle route 8 of Switzerland. It has been used on several occasions by the Tour de Suisse. 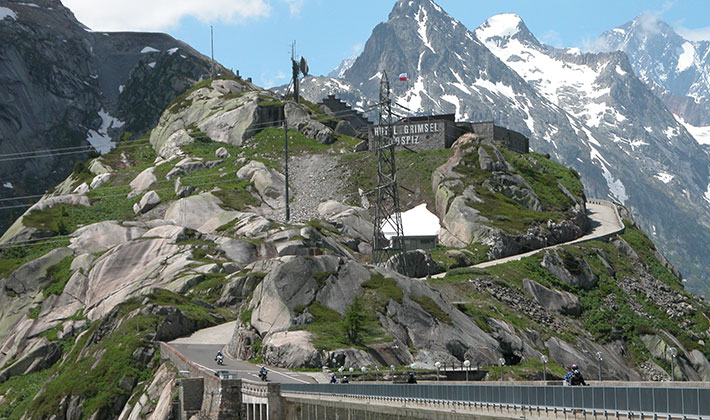 The approach to the Grimsel Pass from the north commences in the small town of Meiringen, from where access is possible down the Aare valley to Interlaken and Bern, and across the Brünig Pass to Obwalden and Lucerne. The approach passes the village of Innertkirchen, where the road to the Susten Pass diverges, and continues alongside the Aare to Guttannen. In the Guttannen, the “Crystal Village”, one can admire crystals of all sizes in the Prospector’s Museum. The road ascends through canyons of wild beauty that get narrower and narrower. Hydroelectric power plants, high voltage power lines and high reservoir lake walls dominate the landscape on the northern side of the Grimsel Pass.